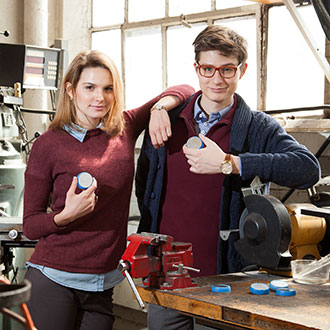 With graduation on the horizon, MIT students Gabe Alba and Victoria Gregory have work to do. They have a promising idea, a series of prototypes, and if all goes according to plan, a trendy product that will satisfy a coffee drinker’s desire. 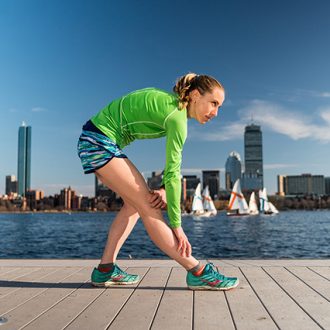 The Sanity of the Long-Distance Runner

Polina Anikeeva is ready for Patriots Day. Like the thousands of other runners who make their way from Hopkington, Massachusetts, all the way to that last turn onto Boylston Street in the heart of Beantown, she has her own reasons for running the Boston Marathon; among them: the desire for a balanced life within academe. 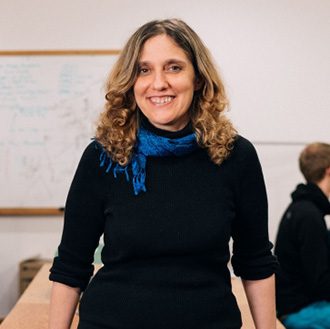 Putting Data in the Hands of Doctors

Regina Barzilay is working with MIT students and medical doctors in an ambitious bid to revolutionize cancer care. She is relying on a tool largely unrecognized in the oncology world but deeply familiar to hers: machine learning. 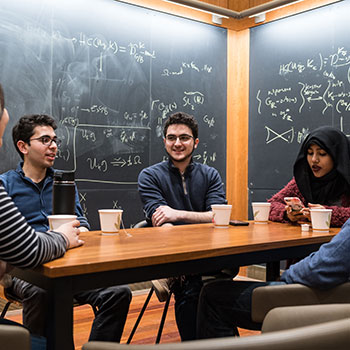 I Grew Up in Damascus

MIT is a home to individuals from all parts of the globe. These community members learn, do research, and advance the Institute’s mission of making the world a better place. 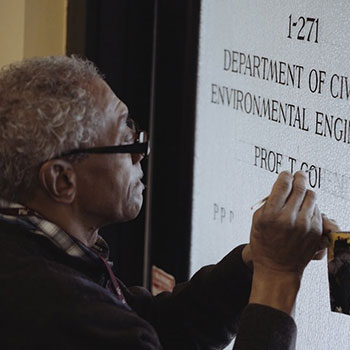 “When I was new to MIT, I interviewed a lecturer who had also been a student here. He mentioned the nostalgic feeling of walking through the campus and seeing the hand-painted lettering on the doors. The doors, he said, had remained a constant on the landscape while so much else has changed. I hadn’t even noticed the signs were hand-painted, or that they were so much part of the MIT culture. As time went by, I became further intrigued when I heard people excitedly mention that they spotted the 'painter' in a hallway somewhere! They would find him, just like I did, expertly crafting the name of a new-comer, while his own name and identity remained a mystery. 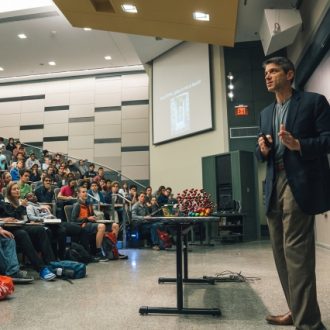 When Jeffrey Grossman teaches solid-state chemistry, he keeps it moving. His shoes click across the front of the lecture hall floor with the cadence and energy of a tap dance. He spins toward the chalkboard and rapidly jots down equations. He pauses to hold up a large 3-D model of the atoms in a crystal structure, passes it into the sea of 400 students in the room, then resumes his lecture — without once breaking his rhythm. 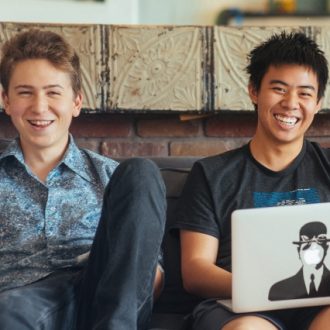 On a foggy night in San Francisco, a Bat-Signal appears in the sky. It flickers above a house on the highest hilltop in the city, where five MIT students live in what other people call a “hacker house.” It’s a label the students avoid. 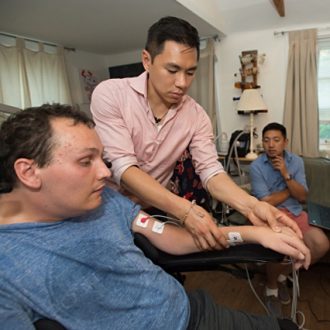 When Bobby Forster proposed to his girlfriend, they were both covered in beads and face paint, among the hordes at Mardi Gras in New Orleans. He dropped to one knee; she said yes. In an instant, he was on his feet, wrapping his arms around her. They kissed for so long the revelers, hooting for them, ran out of breath. 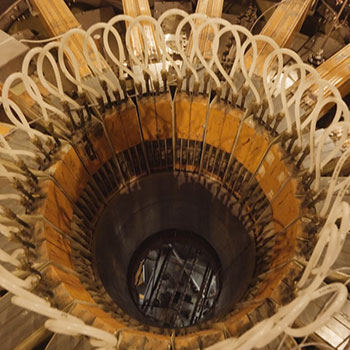 MIT has converted a row of former warehouses and cracker-storage facilities into one of the densest concentrations of nuclear science instrumentation and brain power on the planet. 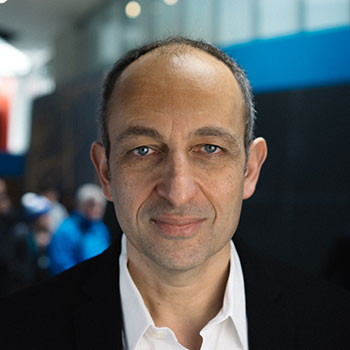 Data is good. More data is better. And understanding how to use and make sense of large amounts of data is paramount. Munther Dahleh, the William A. Coolidge Professor and Director of the Institute for Data, Systems and Society, knows that data collection and analysis has many, practical implications that can benefit the world.