Home>> Connect>> Ask an Engineer>> Biology>> Is it possible to control someone’s thoughts? 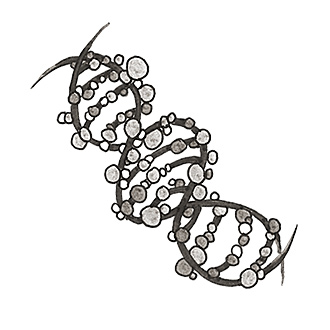 Is it possible to control someone’s thoughts?

Actually, it’s happening already — but not in the way you might be thinking…

To some extent, yes. “We can input information into the brain,” says Edward Boyden, Benesse Career Development Professor at the MIT Media Lab. More commonly, this kind of input is not about control, however, but replacing lost senses. Cochlear implants, for example, can restore hearing to people with hearing loss by mimicking the neurological phenomenon of hearing in the brain. Is this mind control? Not exactly… but sort of.

As Boyden has said elsewhere in Ask an Engineer, “The brain is an electrical device. Electricity is a common language. This is what allows us to interface the brain to electronic devices.” However, the problem with using electricity to stimulate sensations, says Boyden, is that “electricity flows in all directions.” It spreads out across the long arrays of neurons that receive input from the sensory cells in the ears. So the piercing sound of a tin whistle stimulates many neurons rather than just the ones tuned to high notes. The signal — and the perception — literally becomes blurry.

To solve this problem, Boyden’s lab uses light rather than electricity to insert signals into the brain. “You can aim light,” says Boyden. “A cochlear implant that uses light can be many times more precise in how it conveys sound.”

The technique involves genetically engineering neurons to behave like tiny solar cells that turn light into electricity. To do this, Boyden uses standard genetic engineering tools. First, he inserts the genes that encode for a protein that turns light into electricity into a virus. That virus then infects specific cells — the ones that will receive the implanted thoughts — and gives them the power to act as solar cells. The next step is to implant an optical device that shines light on these engineered cells to deliver sensory input.

Sounds far-fetched, but Boyden is already testing this system in non-human primates, and this kind of genetic engineering is beginning to be looked at by people at the FDA. In fact, neural implants have become almost commonplace. Hundreds of thousands of people already have already received cochlear implants and other deep brain stimulation devices. If all goes well, says Boyden, actual light-emitting implants may be planting thoughts in human brains within the decade.

Boyden’s ultimate goal, however, is to close the loop on mind-reading and mind-control, making it possible to read, compute, and control the brain in one fell swoop. He envisions neural prosthetics that adapt over time as a person changes. He imagines that this kind of mastery of the brain’s coding would open the door to learning more about the brain and eventually developing technologies that work cooperatively with the brain.

“But first,” he says, “we need a toolbox and we need to understand how to use it to read out and input information into the brain in a powerful way.”

Thanks to Anupam Dutta from Kolkata, India, for this question.