Home>> Connect>> Ask an Engineer>> Biology>> What is the impact of follow-through in golf? 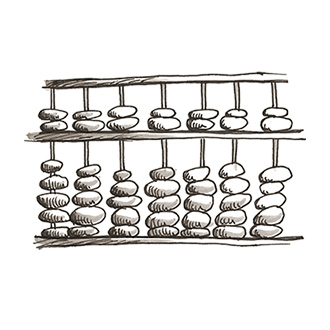 What is the impact of follow-through in golf?

In short, there isn’t one…

It doesn’t take much time on the golf course to discover that a lot of choreography is necessary to make that little ball go where you want it to. But after the clubface meets the ball, the position of your club and your feet and your torso have nothing to do with whether it ends up on the green or in the sand trap. “Your motion in the follow-through has no effect on the ball,” says professor of mechanical engineering Anette “Peko” Hosoi. “After the point of contact, the ball doesn’t respond to what you do.”

That’s not to say beginning golfers should skip the lesson on follow-through. Good control and proper stance throughout the golf swing keep the clubface at an optimal angle and allow the body to rotate through a trajectory that increases the chances of precision and velocity. “You want to maximize the probability that your club will be moving fast and be pointed in the right direction when it hits the ball,” says Hosoi. “Planning your follow-through can set up the end points of a trajectory that enables you to hit the ball with the maximum amount of force and control at the point of impact.”

A golf swing happens too quickly for the player to stop for minute adjustments, but fixing the beginning and the end points of the ideal trajectory can lead to an ideal shot. Set your initial point (the point at which the club is swung back) and the end point (where it should be at the end of the shot) and then let fly, advises Hosoi. Allow simple physics to take control: Momentum and inertia will carry your swing past the point of impact, and centrifugal force will complete the trajectory between the two end points.

It’s the same strategy athletes use in any sport that involves striking one object with another. Batters swing through after they hit the baseball, placekickers aim not at the football but beyond the ball, and tennis players swing the racquet past the point of impact. Instead of focusing on the strike area, they set up the conditions that will achieve maximum speed and control by playing through the entire arc of the trajectory.

But just as some star baseballers abruptly toss their bats aside after a hit, golfers know that by-the-book follow-through alone isn’t the key to low scores on the back nine. “Watch some videos of golfer Moe Norman,” Hosoi suggests. “Though his follow-through isn’t elegant, his distance and accuracy are incredible. That’s because after the ball leaves the club face, there’s nothing you can do to influence it,” she says. “Your club could turn into a pitchfork after impact and it wouldn’t matter.”

Thanks to James Hunt of Chester, Mass., for this question.