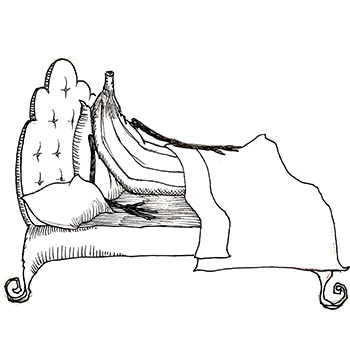 All life on the planet has evolved in the presence of radioactivity, says Michael Short, a professor of Nuclear Science and Engineering at MIT.Human bodies contain radioactive elements like potassium. And so, yes, we emit a radiation signal, but “our bodies are equipped to deal with small amounts of radiation,” so don’t panic, he says.

So just how much radiation do people emit? “I like to put things in terms of what we call the banana-equivalent dose,” Short says. Bananas are high in potassium, he says, providing a useful measure of radiation.

“Sleeping next to someone for eight hours gives you about one and a half bananas worth of a dose,” he says. “If folks get worried, and they wonder: should I sleep alone? They should ask themselves: would you be afraid to eat two bananas? No, I didn’t think so,” says Short.

Thanks to 22-year-old Sam Ayebanate from Port Harcourt for this question.