Home>>Connect>>Ask an Engineer>>How long would it take to charge an iPhone with my fidget spinner? 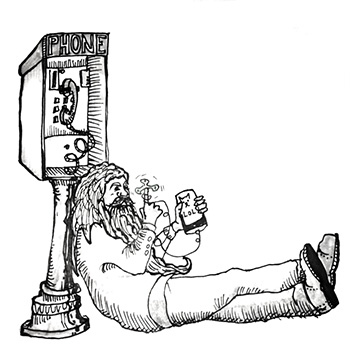 How long would it take to charge an iPhone with my fidget spinner?

A lot longer than you think.

To keep themselves entertained during idle moments, kids have turned to a succession of time-wasting fads. In the 1980s, there was the Rubik’s Cube. In the 1990s, it was Tamagotchi and Nano Pets. In the 2000s, iPods arrived. And then, of course, came all of those pocket-sized screens that were (and remain) so distracting that idleness itself seems to be under the threat of extinction.

When the fidget spinner burst onto the scene earlier this year and skyrocketed in popularity, it was a throwback to the days of analog playthings. However, the small mechanical devices also quickly became a lightning rod across mainstream and social media. Some parents and teachers classify them as a distraction, while others claim they helped students with disorders like ADHD or autism focus their attention.

We are not going to settle that debate today, but can these three-pronged time-wasters serve another purpose? Is it possible to extract enough energy from one little time-waster to power another one — say, an iPhone?

The short answer: yes. But according to Haluk Akay, a graduate student in mechanical engineering, it would require designing an energy-harvesting device with four components, and a whole lot of time. To be exact, about 80 hours.

The energy from a fidget spinner is what can be harvested from your finger, Akay says. “It doesn’t spin by itself,” he explains. “The fidget spinner needs the initial energy from your finger to create a rotational motion.” To build a device that extracts energy from that rotational motion, you start with a DC motor. This motor would generate a very small current of voltage. Since the amount of electrical power produced by the motor would be minuscule, it would have to be connected to a second device, a boost convertor. The electrical power coming from the boost convertor would then be used to charge a supercapacitor, which would serve as an intermediary between the convertor and a battery where you could store the final charge generated by the energy of your flicking finger.

Calculating the time it would take for such a device to power an iPhone is the tricky part, Akay says. “As the fidget spinner spins, it’s not creating energy. You have to look at how much energy is in that finger motion to determine how long it would take to charge an iPhone.” If you approximate that the rotational energy of the spinner is roughly 1,000 rpm, Akay says, then each flick of your finger could generate about 1/3 of a joule. There are 10,000 joules in an iPhone battery, so you would need to hit the fidget spinner 30,000 times. If you’re flicking the spinner once per second, this would take 8 hours.

But wait, Akay says, there’s a catch. “The energy you’re putting into the spinner each time you flick it isn’t going directly into the battery. First, it’s going through the motor, convertor, and capacitor, then finally it gets to the battery. And with each one of those steps,” he notes, “you lose efficiency.” Since real-world energy conversion systems like the one Akay describes operate at between 10 and 40% efficiency, he says, it’s more likely you would be looking at 80 hours of fidget spinning (and remember, once per second!) to generate enough energy to power your phone.

Akay, who co-led a team led by Professor Sang-Gook Kim to design a shoe that could harvest the energy from its own impacts with the ground to charge devices, is not sure there’s a future in fidget-spinner-powered chargers. “I could see it being used to power something like an LED light,” he says.

Thanks to Samy Bazizi, aged 22, from Montreal for this question.