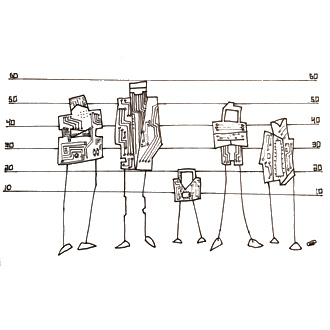 What is a short circuit?

Children are told: never stick a metal knife into a plugged-in toaster. You risk electrocution, or the toaster catching on fire.

The fear: a short circuit. For the heater inside a toaster to work, an electrical current must travel inside its conductive metal material. That current cycles through a closed circuit, which is a loop. A metal knife, however, presents the electricity with an optional path to travel — and it will take it.

“A short circuit is a connection between two parts of an electrical circuit that you don’t want to be there,” says Karl Berggren, professor of electrical engineering in the Department of Electrical Engineering and Computer Science. He also heads the Quantum Nanostructures and Nanofabrication Group in the Research Laboratory for Electronics.

“When you build an electrical circuit, you try to make the current go through certain paths to perform certain functions,” he explains. “In the case of a toaster, when you introduce a knife to the heating element, it provides the current with a short cut. This new path is easier than moving through the heating element, which has a lot of resistance to the flow.”

So what exactly happens when the electricity changes course. First of all, Berggren says, your toaster stops working. “Your device will not function as intended because the current is not going where it is supposed to go,” he says. And then it gets worse, very, very quickly. “Because the metal object causing a short in the circuit is more conductive, a lot of current can flow into it.” Within milliseconds, the current can become thousands of times larger than normal. Boom.

So watch out when a tree limb shorts across wires on a power line. Wet wood is the perfect low-resistance path for an electrical current — and we know what that means. Heat and sparks and trouble ahead…