Home>> Connect>> Ask an Engineer>> Environment>> Once air reaches the dew point, will the rate of condensation change if the temperature is lowered? 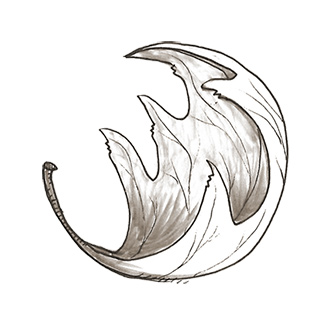 Once air reaches the dew point, will the rate of condensation change if the temperature is lowered?

When Jane Taylor wrote her poem “The Star” in 1806, she probably didn’t consult a psychrometric chart to determine the exact temperature at which dew forms on English lawns. Nonetheless, one version of her lullaby states that the little star twinkles only “When the blazing sun is set / And the grass with dew is wet.” Taylor was correct in suggesting that lower temps are necessary for dew to appear in the yard. The dew point is defined as the atmospheric temperature below which water vapor at a given barometric pressure condenses into liquid. It’s the parameter used by meteorologists — and poets, though they might not know it — to measure the amount of moisture in the air.

The rate of that condensation, however, isn’t affected by lower temperatures, says Prakash Govindan, postdoctoral associate in MIT’s mechanical engineering department. “The question addresses two separate areas of physics, thermodynamics and heat transfer,” he says. The point at which air becomes cool enough that water vapor begins to condense out is indeed the dew point temperature, but, says Govindan, “In order to determine the rate of condensation, all sorts of things must be understood about a region — its geography, climate conditions, air flows, and so on. It is not decided by the dew point.”

Psychrometry, the field concerned with the physical and thermodynamic properties of gas-vapor mixtures, is fundamental to understanding how engineers design systems to control indoor climates. From northern New England to Nairobi, they need to take into account local temperatures, humidity trends, and the dew point as they design the heating and cooling systems that will adequately deal with the hottest and coldest conditions of the region. Their goal: to bring the dew point and temperature inside homes and workplaces to the levels most comfortable to humans — about 21°C (70°F).

Anyone with an interest in psychrometry should look for more info on the Internet, suggests Govindan. (Just be careful how you spell it — don’t leave out the first “r” or you’ll end up with very different search results.) “Plenty of sites explain how the state of the air is a function of the humidity, the temperature, wet- and dry-bulb temperature, and the dew point.”  An enlightening activity once the workday is over, the house is quiet, and the blazing sun is set.

Thanks to Alan of Destin, Fla., for this question.