Home>> Connect>> Ask an Engineer>> Communications>> Will we ever run out of music? 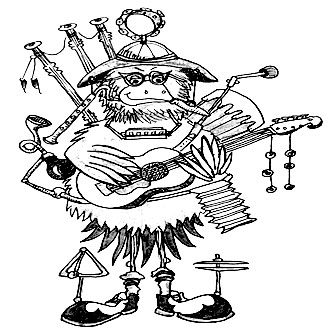 Will we ever run out of music?

As long as someone is listening, the beat will go on.

Eran Egozy, professor of the practice in music technology at MIT, suggests we consider a traditionally thought of piece of Western music like Johann Sebastian Bach’s first Cello Suite. Recognizable from commercials and movies, Suite No. 1 was written in G Major for solo cello, and its first movement is comprised almost entirely of sixteenth notes in about forty bars of music. So that’s forty bars of sixteenth notes each, or 640 notes total, chimes Egozy, a cofounder of Harmonix, the game studio that developed such interactive hits as Guitar Hero and Rock Band. Now consider just how many variations are possible from 640 note combinations. Assuming we’re using an instrument with a three-octave range, Egozy explains that the result is 36 to the 640th power—a number so large that we don’t have room for it here (most calculators simply report the result as: “infinite”).

Bach’s first Cello Suite is just one example of a piece of music that could be altered with different combinations of notes to yield vast numbers of new music. Egozy points out that there are “many different types of music across practically every culture, throughout the world.” So even if no original music was created ever again and composers just re-arranged what is already written, Egozy rationalizes that the number of recreated songs would be, “for all practical purposes, insofar as humans can conceive, limitless.”

Egozy goes on to cite the story of John Cage’s 4’33’’ which illustrates the idea that music, like so many art forms, is in the “ear” of the beholder. In a concert hall easily mistaken for an old barn in rural Woodstock, New York, during the summer of 1952, pianist David Tudor sat down in front of a piano, closed the lid, and remained there in silence for four minutes and thirty-three seconds. The piece, which became known as 4’33,’’ was “written” by composer John Cage, who believed that music could very well exist in the near silent stillness of the here and now.

Studies show that listening to music can reduce stress, increase focus and help improve memory. Luckily for us, new and different music isn’t disappearing anytime soon. Moreover, who’s to say music can’t be the ticking of a clock or the flutter of a bird’s wings as it passes by? Perhaps the late John Cage said it best: “Until I die, there will be sounds. And they will continue after my death. One need not fear about the future of music. Any sounds may occur in any combination and in any continuity.”

Thanks to Craig Cohick from North Kansas City, Missouri  for the question.