Home>> Connect>> Ask an Engineer>> Communications>> Are cell phone conversations stored somewhere and are they retrievable? 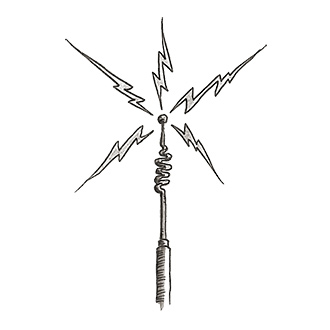 Are cell phone conversations stored somewhere and are they retrievable?

Yes — every time you leave someone a voicemail. But your last pizza delivery order? Probably not…

“As you talk on most modern phone devices, your voice is translated into a sequence of bits,” says Sam Madden, an electrical engineering and computer science professor at MIT’s Computer Science and Artificial Intelligence Laboratory. Service providers like Comcast and Verizon aren’t in the business of recording conversations, just transmitting them, he explains. “The bits are transmitted and delivered to the device at the other end, which converts them back into sound and plays them over its speaker.”

Rather than recorded for replay in the future, digitized voice data is streamed in real time by service providers. These providers certainly have the ability to capture voice data and keep it in waiting for someone else to download it. In fact, a version of this is an important part of every phone plan. When you leave someone a voicemail, your voice data is stored in the cloud until the recipient is ready to play it back. And as anyone who’s inadvertently deleted an important voicemail and tried to get it back knows, those messages aren’t kept somewhere else.

What phone companies do keep track of is every cell phone’s physical location. So long as your cell phone is powered on, your location can be estimated by looking at multiple cell towers in the range of your phone. Though your precise location can’t be pinpointed, the phone provider can measure the strength of the connection and the level of attenuation with the towers in order to constrain your location to within a few hundred meters. “The phone company must know where my phone is and what cell tower it’s near in order to route incoming calls,” explains Madden. In fact, the tracking feature is mandated as part of 911 regulations. “When you call 911, your phone company has to be able to figure out where you’re calling from so they can get help to you if you become incapacitated,” he says.

But a giant database of every birthday call to Mom and every order called in to the corner pizzeria? Not likely, says Madden. “I don’t believe phone companies are recording our conversations — their responsibility is simply to convert voice to digital data and route those bits between two end points,” he says. “Obviously, there is a very complex set of questions around recent revelations about these kinds of activities,” Madden adds. “But I don’t personally know enough about that to say anything especially meaningful about them.”

Thanks to Sanal Kumar of Thiruvananthapuram for this question.