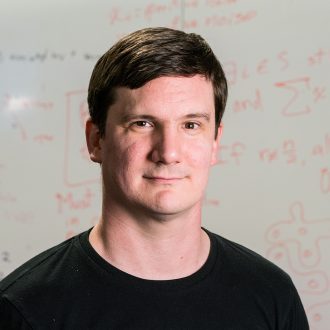 Ryan Williams will join MIT as an associate professor (with tenure) in the Department of Electrical Engineering and Computer Science in January 2017, pending the approval of his tenure case by the Executive Committee. He received an BA in computer science and mathematics from Cornell, and a PhD in computer science from Carnegie Mellon. Following postdoctoral appointments at the Institute for Advanced Study (Princeton) and IBM Almaden, he was an assistant professor of computer science at Stanford for five years. Williams’s research interests are in the theoretical design and analysis of efficient algorithms and in computational complexity theory, focusing mainly on new connections (and consequences) forged between algorithm design and logical circuit complexity. Along with some best paper awards, Williams has received a Sloan Fellowship, an NSF CAREER Award, a Microsoft Research Faculty Fellowship, and was an invited speaker at the 2014 International Congress of Mathematicians.