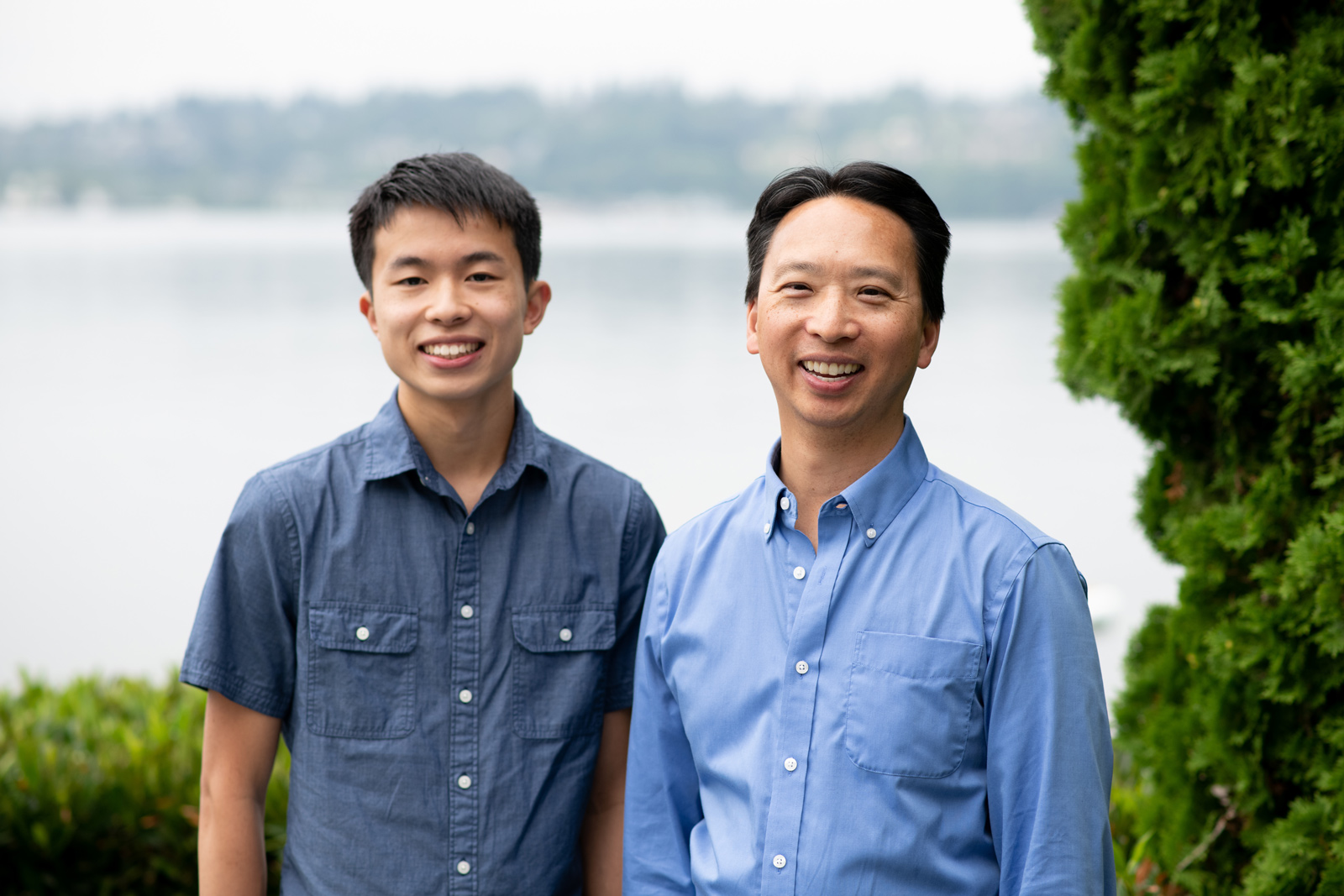 “One of the reasons I like to interview for MIT is to be inspired—and maybe inspire a little bit back,” says George Hu ’89, a former Microsoft developer and creator of the language used for macros in Microsoft Excel. Hu says interviewing MIT applicants in his native Seattle is one way he stays connected to the alma mater that has had so much impact on his life and on the lives of students like computation and cognition major Darren Lim ’23, whom he interviewed in January 2019.

Since that conversation, George and Darren’s friendship has grown. Darren was named the recipient of the Carrie and George T. Hu Scholarship, and then, in early 2020, the two teamed up to fight the Covid-19 pandemic, helping to cofound CovidWA.com, a web-based project run by volunteers that enabled millions of people in Washington state to schedule vaccinations. CovidWA.com was adopted by the state’s department of health as its official data source for vaccination appointments, and the project team received personal thanks from Governor Jay Inslee.

Perhaps the most surprising thing about Darren’s MIT interview, George recalls, is that it didn’t go very well at first. Darren was clearly bright, but he was so reserved that George wasn’t sure he would be a good fit for MIT. “And then, as an aside, Darren said, ‘Well, there was this app that I wrote…’ and I immediately said ‘What app?’” Darren proceeded to describe the app he’d created to collect and organize data from his high school’s online grade portal and pull that information into his phone.

George was fascinated but skeptical. “I kept drilling to make sure this was real, and he really knew what he was doing.” As they talked, George realized that Darren was exceptionally talented and a perfect candidate for MIT. “He’s one of the best people I’ve interviewed.”

While proud and grateful to receive the MIT scholarship, Darren emphasizes that he greatly appreciates George’s personal investment too. “He believes in me and my skills,” Darren says, “and I really admire him. We grew up in similar circumstances.” Both men were raised in close-knit, immigrant families where resources were tight, and both discovered as teenagers that computer programming could be, in Darren’s words, an “instrument of creativity.”

It can also be an instrument for good, as the two discovered soon after the rollout of Covid-19 vaccines. George started CovidWA.com hoping to channel the chaos of disparate vaccine information into one central, clear website. He immediately thought of tapping Darren, who was quickly able to build the basic structure.

Over the next several months, CovidWA.com went from an aspiration to a core component of Washington’s pandemic response, collecting disparate data on vaccine appointment availability and making it publicly available. Though still a college junior, Darren was one of the technical leads on the massive project. George says the experience opened his eyes to the incredible things that can be accomplished by ordinary citizens working toward a common goal.

Giving back to MIT, and to students like Darren, was always a cherished goal for George. “I was the fourth member of my family to go to MIT, and scholarships were essential to us.” MIT professors such as Shafi Goldwasser, professor of electrical engineering and computer science; Silvio Micali, the Ford Professor of Engineering; and Barbara Liskov, Institute Professor (all A.M. Turing Award winners), gave him the foundation for an incredible career. Since retiring from Microsoft decades ago, George has remained busy with many projects, including teaching computer science at South Seattle College. “MIT was transformational in my life,” he says, and supporting the next generation by teaching, mentoring, and giving brings him joy.