Home>> Connect>> Ask an Engineer>> Materials>> Why doesn’t a plain, white piece of paper reflect light, but a mirror does? 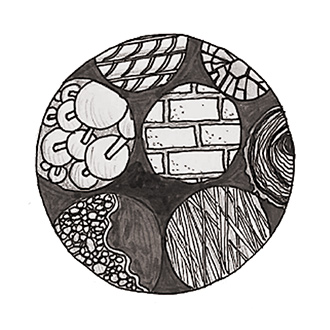 Why doesn’t a plain, white piece of paper reflect light, but a mirror does?

“I used to have a red car, when I worked at General Electric,” Department of Materials Science and Engineering Senior Lecturer Emeritus James Livingston recalls. One evening, walking back to the company parking lot, he was surprised to discover that his car had changed color. In fact, the street lighting in the lot had been switched to mercury lamps — which, Livingston explains, have almost no red in their light. His car thus appeared as black, with a touch of blue. After driving out onto the city street, with its conventional streetlights, the car’s color changed back to red.

Livingston’s color-changing car highlights the fact that light sources, such as the Sun and tungsten filaments, emit a spectrum, or collection, of colors. When this spectrum of light falls on a surface, some colors are absorbed by its molecules or atoms. The remaining colors penetrate to within a few wavelengths, Livingston says, and partially reflect back.

White surfaces are composed of molecules or atoms that don’t absorb any of the visible colors of light; our eyes perceive this reflected combination as the color white. But doesn’t a mirror also reflect all the colors of light? Why doesn’t the surface of a mirror appear white, rather than reflecting images into our eyes?

The answer, Livingston explains, rests in part on the penetration by light. A mirror is essentially a plate of glass coated with a thin film of metal, such as silver. At the atomic scale, metals are a crystal network of atoms whose outermost electrons dissociate and wander with high mobility through the network. These mobile “conduction” electrons are the source of electrical conductivity in metals, and when light attempts to penetrate a metal, they “vibrate in such a way” that an opposing electrical field is created, canceling the electric field of light and prohibiting any of its colors from entering beyond a few atomic layers. When that occurs, the light has been effectively reflected from the surface of the metal.

In addition, the smoothness of a mirror’s glass and metal coating ensure that this surface reflection is specular, says Livingston. As a result, rays of light bounce “like tennis balls,”, always maintaining an angle of reflection to the mirror’s surface, that matches in value the rays’ angle of incidence. Rays of light originating from a person’s ear, nose, and eyebrow, will “reflect with the same angle” off a smooth mirror surface and maintain their relative orientation, thus preserving the image that our eyes will perceive.

White surfaces can reflect a considerable amount of light, but without the mobile electrons to oppose the electric field of light, white surfaces allow light to penetrate up to several wavelengths. This allows them to experience multiple reflections from crystal grains and other irregularities within the structure of the surface. Some multiple-reflected light can reemerge from the material surface, but without the same orientation, as that which reflects off a mirror.

Surface roughness, Livingston says, also contributes “diffuse reflection,” causing the rays of light from different parts of a potential image to “bounce back at different angles.” Multiple and diffuse reflections scatter the reflecting rays, and all information about the image is lost. White paint or a piece of paper are classic examples of light scattering, he notes, as are clouds, the foam in your glass of beer, and snow. These latter examples are turbulent or irregular structures, containing “lots of air,” which causes “light [to] reflect off internal and external surfaces” and scatters the rays of an image.

It is striking to consider, Livingston adds, how a still pool of water may serve as a poor mirror. Yet, when the same water crystallizes into irregularly packed snow flakes, multiple and diffuse light reflection results in a white surface.

Thanks to Ciaran, an 18-year-old from Kelowna, British Columbia, for this question.