Home>> Connect>> Ask an Engineer>> Energy>> Which engine is better at high altitude: diesel or gasoline? 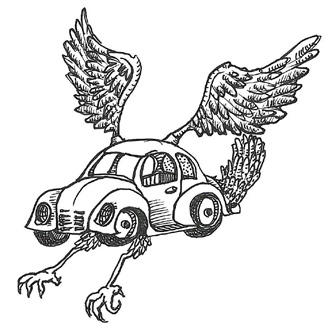 Which engine is better at high altitude: diesel or gasoline?

The answer is in the air

This question is the source of heated debate among car aficionados everywhere.

For a clear answer, we went to Wai Cheng, a professor of mechanical engineering and director of the Sloan Automotive Lab (where he does research on engine performance and emissions, combustion science, and energy conversion).

“Let’s go a little bit slower and start with a broader question,” Cheng says. “Why do all engines suffer at high altitudes?” The answer is that the air is thinner, meaning it is less dense and there are fewer oxygen molecules to fire the combustion process. “An engine sucks in air. The amount of fuel it can burn is limited by how much air it can suck in. When the air is less dense, the amount of air in the engine cylinder is less — so the power output is less,” he says.

Efficiency improves. “For a gasoline engine, the throttle loss is less, which means better fuel efficiency,” Cheng says. But the gasoline engine is not our winner.

So the next time you’re headed to the mountains, leave the gasoline-powered car at home and save a few pennies on fuel.

Thanks to Vishal Thakur, 23, from Hamirpur, India, for this question.