Home>> Connect>> Ask an Engineer>> Computation>> When will AI be smart enough to outsmart people? 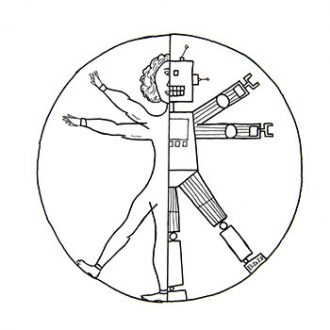 When will AI be smart enough to outsmart people?

In some ways, it’s already happening. In other ways, it depends on your definition of “outsmart.”

In a paper published last year, titled, “When Will AI Exceed Human Performance? Evidence from AI Experts,” elite researchers in artificial intelligence predicted that “human level machine intelligence,” or HLMI, has a 50 percent chance of occurring within 45 years and a 10 percent chance of occurring within 9 years. But anyone who has ever had a conversation with Siri or Cortana, (some of the virtual assistants on the market today), might argue that HLMI is already here.

Eliza Kosoy, a researcher in MIT’s Center for Brains, Minds, and Machines, points out that machines are already surpassing humans in some domains. They can beat us at many strategy games like chess, the board game Go, and some Atari video games. Machines can even perform surgery and fly airplanes. Recently, machines have started driving cars and trucks—though some of them might have issues passing driver’s ed. Despite this, Kosoy believes, “with enough data and the correct machine learning algorithms, machines can make life more enjoyable for humans.”

Kosoy’s objective is to better understand the way in which humans learn so that it can be applied to machines. She does this by studying intuitive physics and one-shot learning.

Intuitive physics refers to the way in which humans are able to predict certain, dynamic changes in their physical environment, and then react in kind to these changes. For example, being able to sense the trajectory of a falling tree and therefore knowing the direction to move in to avoid being hit.

One-shot learning is the ability to learn object categories from only a few examples. This seems to be a capability that the machines are lacking…at least for the time being. Kosoy explains that the best algorithms today need to be exposed to thousands of data sets in order to learn the difference between, say, an apple and an orange. Children, however, can tell the difference after only a few introductions. Kosoy says she is “personally very curious about how children are able to learn so quickly and how we can extract that process in order to build faster machine learning that doesn’t require as much data.”

Another caveat to the machine-versus-human intelligence race is the incorporation of emotion. In 1997, when the IBM computer Deep Blue beat the Russian world champion chess player, Garry Kasparov, Kasparov was so distraught that he never played quite the same again. Sure, Deep Blue was able to “outsmart” Kasparov, but did its programing have the emotional intelligence to graciously show good sportsmanship so as not to crush Kasparov’s sprit? To put it another way: when you have a bad day at work, can you really count on Siri to empathize? “Human empathy and kindness are an important part of intelligence,” Kosoy notes. “In this domain, I doubt AI will ever outsmart us.”

And of course, there’s more. What about the relationship between creativity and intelligence? Scientists in Germany have trained computers to paint in the style of Van Gogh and Picasso, and the computers’ images aren’t all that bad. But, is teaching a machine to mimic creativity true creativity?

When it comes to raw computational power, machines are well on their way. And there’s no doubt that they will continue to make life more pleasurable and easier for humans. But will a machine ever write the next Tony Award winning play? Or break into an impromptu dance in the rain when an unexpected shower strikes? It’s clear that the human brain is a magnificent thing that is capable of enjoying the simple pleasures of being alive. Ironically, it’s also capable of creating machines that, for better or worse, become smarter and more and more lifelike every day.

Thanks to Ojas Sharma, Age 13, from Bakersfield, CA for the question.