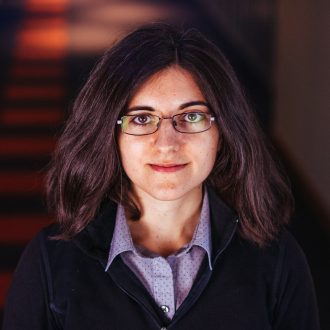 Tamara Broderick is a PhD candidate in statistics at the University of California, Berkeley and will start as an assistant professor in EECS at MIT in January 2015. She received an AB in Mathematics from Princeton University (2007), a Master of Advanced Study for completion of Part III of the Mathematical Tripos from the University of Cambridge (2008), an MPhil in Physics from the University of Cambridge (2009), and an MS in Computer Science from the University of California, Berkeley (2011). Her recent research has focused on developing and analyzing models for scalable, unsupervised learning using Bayesian nonparametrics. She has been awarded the Evelyn Fix Memorial Medal and Citation (for the PhD student on the Berkeley campus showing the greatest promise in statistical research), the Berkeley Fellowship, an NSF Graduate Research Fellowship, a Marshall Scholarship, and the Phi Beta Kappa Prize (for the graduating Princeton senior with the highest academic average).