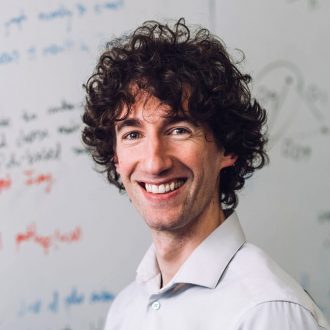 Guy Bresler joined the faculty in July 2015 in both Electrical Engineering and Computer Science and the Institute for Data, Systems, and Society; he will also be a member of the Laboratory for Information and Decision Systems. Bresler received his BS in electrical and computer engineering and an MS in mathematics from the University of Illinois at Urbana-Champaign. He received his PhD from the Department of Electrical Engineering and Computer Science at the University of California, Berkeley, and was subsequently a postdoctoral associate at MIT. He is the recipient of an National Science Foundation graduate research fellowship, a Vodafone graduate fellowship, the Barry M. Goldwater scholarship, and the Roberto Padovani Award from Qualcomm. Bresler’s research interests are at the interface of statistics, computation, and information theory. A current focus is on understanding the relationship between combinatorial structure and computational tractability of high-dimensional inference in graphical and statistical models.